Financial Analysis of Sustainable Wind Energy Policy in the US

United States government’s decision to allow for the establishment of wind farms on thousands of acres of ocean across the East Coast has injected a new life into this sector. A recent study has concluded that the presence of off-shore Atlantic winds has the potential to supply power to nearly one third of the American nation or even the entire Eastern Coast from Florida to Maine. However, there is much that still needs to be done in terms of infrastructural requirements and financing before the offshore turbines would actually start delivering profits and megawatts of energy.

The Entire East Coast can look towards Receiving Financial Benefits

Sufficient wind energy can be generated for the area between North California and Massachusetts which can accommodate power needs of this region. Moreover the Interior Department has offered competitive bidding leases for this Outer Continental shelf which is the ideal place for production of power due to the presence of moderate water depths. This can aid in the construction of relatively easier platforms as the winds in this region blow at just the right speed for the major part of the day. Moreover, the onshore winds are mostly stable at night time when there is low demand for power but in this Mid-Atlantic Bight the winds tend to be the strongest during the day when the power demand is at its peak. 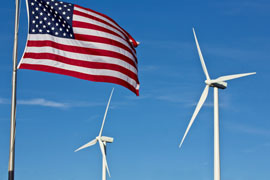 When it comes to the regulatory front, the major driver in the establishment of wind energy has been the introduction of production tax credit. However the drawback with this credit tax is that it is still a temporary subsidy and Congress has does practically nothing to renew it over the last decade that has resulted in market uncertainty. There are unlikely chances that Congress would push this credit into a long term subsidy plan by formulating a comprehensive energy reform strategy. This prevents the developers of the wind energy product from making their investment in this sector.

Sustainable Energy Policy is a Matter of Concern for Experts

AWEA (American Wind Energy Association) has made it clear that a decent extension of the production tax credit would be in the better interests of those looking for long term feasibility of the production of wind energy. The one year extension that has been granted in terms of wind energy credit is considered to be of little help. However, it is being expected that some additional incentives to be provided by the government in near future will help in getting adequate benefits both for the investors as well as for financial analysis experts. 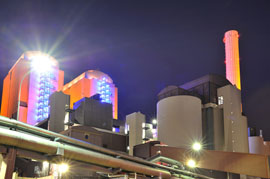 A prolonged production tax credit rather than a limited extension of PTC for the development of wind energy is the need of the hour. Financial analysis experts suggest that a time frame spanning over a decade will help the investors surpass the building costs that would result in giving a competitive edge to this sector. Although the importance of subsidies for overcoming market barriers can’t be underestimated but the idea is to take the technology to a level where it can operate even without subsidies.

Sustainable wind energy will not only enable America to surpass other nations when it comes to meeting the ever increasing requirements of its energy demands but at the same time the sector has many financial implications for investors owing to the geographical set up of the country. The only requirement is a planned policy directed towards it.